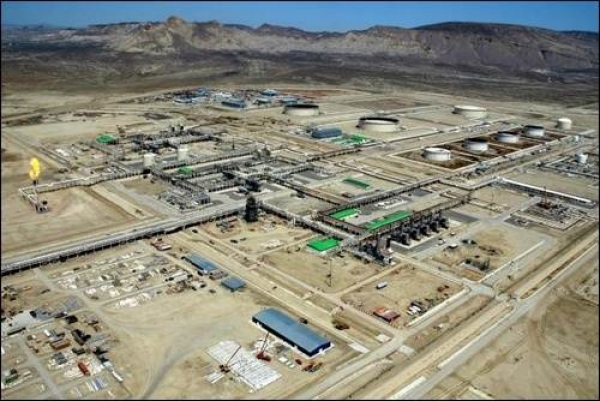 ONE OF THE WORLD’S LARGEST INTEGRATED OIL AND GAS PROCESSING TERMINALS.

Located 55km south of Baku, the Sangachal Terminal is a vital link in Azerbaijan’s oil and gas industry.

An oil and gas terminal that receives, processes, stores and exports crude oil and gas produced from the Azerbaijan's offshore oilfields in the Caspian Sea. Treated crude oil and gas at the terminal are pumped to storage tanks and finally pumped to export pipelines for onward shipment to the world's markets.

Sangachal Terminal covers an area of 500 square km, which makes it one of the world's largest oil and gas terminals, and consists of two main parts: the Early Oil Project (EOP) and Sangachal Terminal Expansion Programme (STEP).

They are currently undertaking a colossal project of upgrading the entire flame detection system, to the MICROPACK FDS301 Visual Flame Detectors, as well as maintaining the full fire and gas detection system on site.

The engineers work on a rotational basis with three engineers being on site at all times. The full work scope is divided between the following roles:

Responsible for the continual operation and maintenance of the full fire and gas detection system, providing 24 hour support. Also encompassed within this role is coaching of national technicians by which we have developed a full F&G training plan along with implementing a F&G training facility within the CTTC training centre.

At present there is an ongoing upgrade of the flame detection system, to MICROPACK FDS301 Visual Flame Detectors. One of the fundamental reasons why the MICROPACK FDS301 units are now being installed is that historically the technology that was installed was susceptible to false alarm from flare reflections, where as the FDS301 is immune to this.

Responsible for the project management, production of detailed engineering work packs for each element of the fire and gas detection system (process hydrocarbon handling, non handling and non hazardous), implementing and testing of cause and effect logic, supervision of the installation team and execution of a successful commissioning campaign. Also included within this role is the production of detailed Fire Alarm System Philosophy, from small, simple standalone systems; to complex networked multi-building and facilities with intercommunicating control and interface panels. This includes system design intent and staged evacuation philosophy.

In summary, MICROPACK have been involved at FEED stage, right through to operations, at not only onshore Sangachal but nearly all of the offshore Oil and Gas processing platforms within the Caspian Sea.

For further information on this project or to speak to one of our specialist team, please do not hesitate to get in touch.